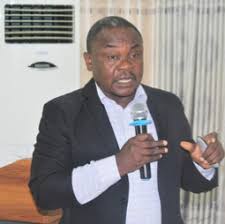 Ghana National Gas Company (GNGC) has failed to pay part of a $942-million debt it owes the Ghana National Petroleum Corporation (GNPC) for gas supplied it.

This is contained in the 2020 Semi-annual Report by the Public Interest and Accountability Committee (PIAC).

The PIAC said the failure was in spite of the GNGC raising $1.7 million in the first half of this year under the Cash Waterfall Mechanism (CWM) created to raise funds to settle its indebtedness to the GNPC.

GNGC’s consistent non-payment of its indebtedness to the GNPC, PIAC noted, had denied the Ghana Petroleum Holding Fund (PHF) its due entitlement.

The Ghana PHF, established by the Petroleum Revenue Management Act (PRMA), 2011 (Act 815) is to receive all petroleum revenues that accrue to the State, from which further disbursements are then made.

Section 56 of the Petroleum Revenue Management Act enjoins PIAC to produce Annual and Semi-annual Reports on the management and use of the country’s petroleum revenues.

“This is as a result of the failure of GNGC’s customers to honour their obligations,” the report said.

The report indicated that total petroleum receipts in the Petroleum Holding Fund (PHF) for the period stood at US$322,571,265.64, indicating a decline of 11.32 per cent.

“The Ghana Petroleum Fund reserves recorded 24.09 per cent reduction at the end of the period compared with the same period for 2019. This is as a result of the lowered cap and subsequent withdrawals from the Ghana Stabilisation Fund (GSF). Consequently, the GSF yield reduced by 68.08 per cent from that of the same period of 2019,” it said.

The report revealed that GNPC spent only nine per cent of its total receipts on Jubilee equity financing as a result of the re-phasing of work programmes, as well as disputes surrounding the Cash Calls submitted by the Operator, pointing out that the disputes were currently under negotiations between GNPC and the Contractor Party.

PIAC indicated that for the fourth time, the Ministry of Finance failed to provide data on the utilisation of the Annual Budget Funding Amount (ABFA) to enable PIAC to conduct analysis and prepare a report.

As a result, PIAC said it was unable to report on the programmes and activities undertaken with an amount of US$169.51 million disbursed to the ABFA for the period.

“This practice makes it difficult to reconcile disbursements and expenditure, and ultimately undermines the spirit of accountability as envisaged in the PRMA,” PIAC said.

The report also said the PIAC was unable to provide update on the status of the unutilised and unaccounted for ABFA balance, which stood at GH₵1.5 billion, as reported in the 2019 PIAC Annual Report.

Created in September 2011, PIAC is clothed with the oversight responsibility of monitoring and evaluating the management of Ghana’s petroleum resources by the government and stakeholder institutions.

Since its inception, PIAC has published a total of 18 reports, nine annual and nine semi-annual – covering the period 2011 to June 2020, with information and data from the Ministry of Finance, Bank of Ghana, Petroleum Commission, Energy Commission, Ghana National Petroleum Corporation, Ghana Revenue Authority, Ghana National Gas Company and the international oil companies.

Government to provide Covid-19 cash relief transfer to the poor