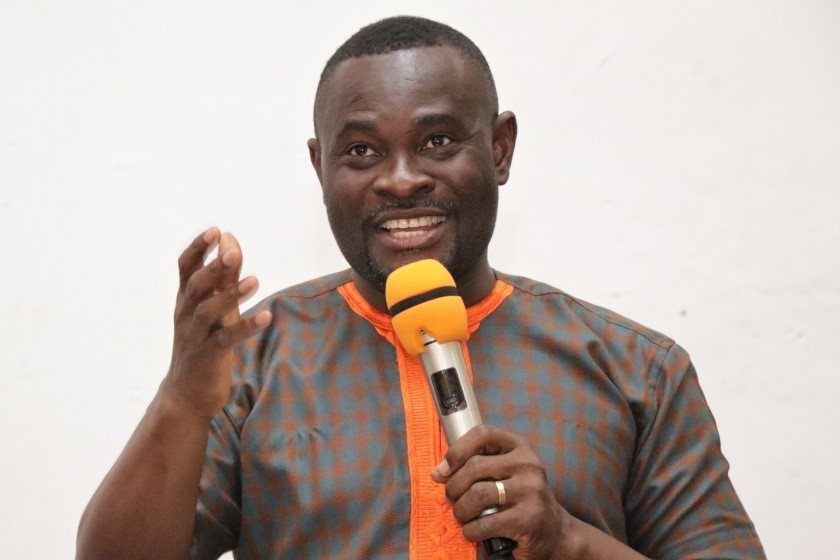 A Deputy Minister of Finance, John Ampontuah Kumah has disclosed that questionable salary payments amounting to GH¢1,112,896.00 made at the Ministry have been recovered.

The payments were captured in the Auditor General’s report on Ministries, Departments and Agencies which said the amount was salaries paid to three people for the period of January 2020 to December 2021.

The report further indicated that the names of the three persons could not be traced on the nominal roll of the Finance Ministry.

In a post on his verified Facebook page on September 1, 2022, Kumah said the monies were recovered when the attention of the Ministry was drawn to the anomaly. 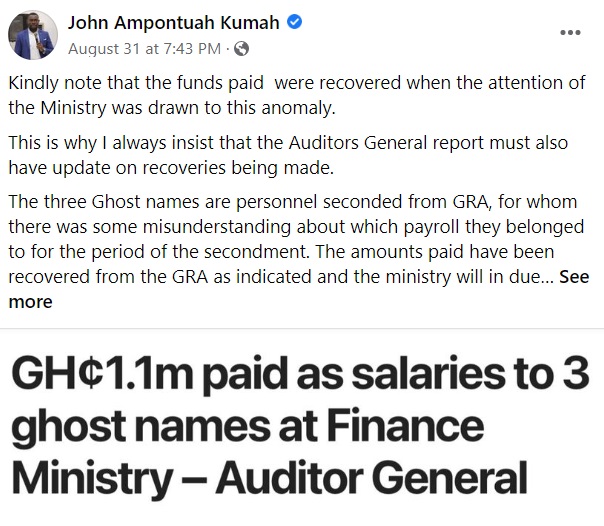 He further explained that the three “ghost names” were personnel seconded to the Ministry from the Ghana Revenue Authority but there was a misunderstanding about which payroll they belonged to for the period of their secondment.

Kumah posted: “Kindly note that the funds paid were recovered when the attention of the Ministry was drawn to this anomaly.

This is why I always insist that the Auditors General report must also have an update on recoveries being made.

“The three Ghost names are personnel seconded from GRA, for whom there was some misunderstanding about which payroll they belonged to for the period of the secondment. The amounts paid have been recovered from the GRA as indicated and the ministry will in due time share more details”.

The report reminded public officials of Regulation 86 of the Public Financial Management Regulations, 2019 (L.I. 2378) which states that, a Principal Spending Officer of a covered entity shall ensure that only the names of personnel who are eligible to receive payment for work done are kept on the payment voucher and keep records of the nominal roll of the covered entity in a manner that ensures that the correct amount of emolument is paid.

The GH¢1,112,895.96 in salaries paid was for the period of January 2020 to December 2021, but we could not trace their personal files and names on the nominal roll of the Ministry,” the Auditor General noted in the report.

The Auditor General recommended that the GH¢1,112,895.96 should be recovered from the Chief Director and the payroll validators of the Finance Ministry.