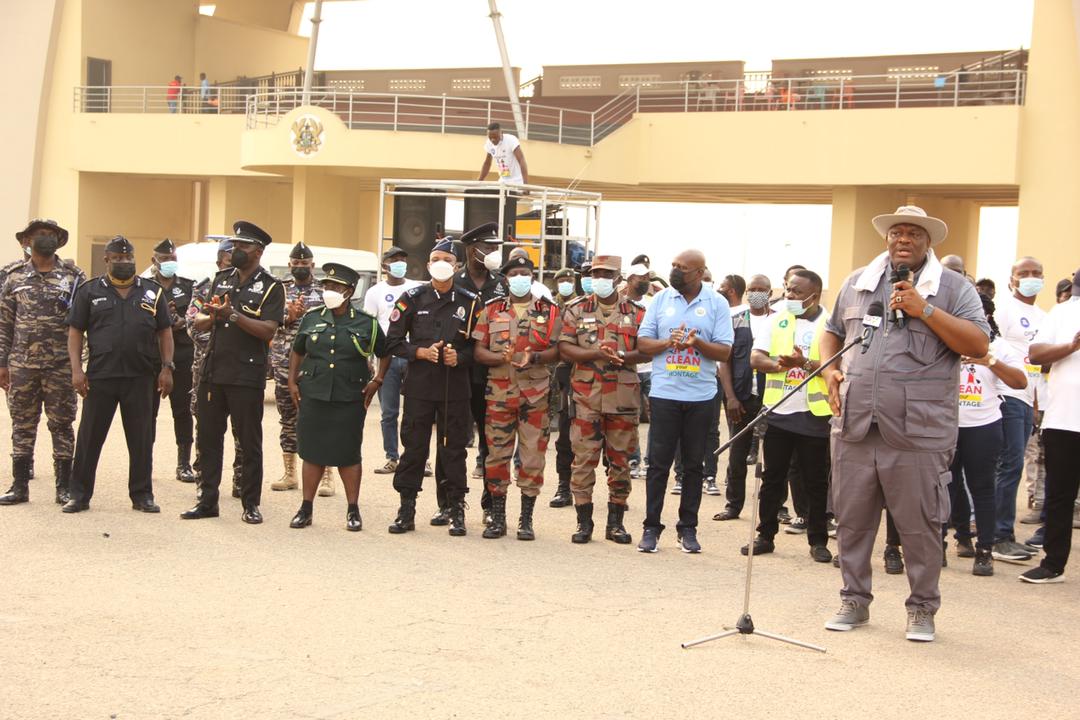 To enhance the government’s drive in making Ghana the cleanest city in Africa, the Greater Accra Regional Coordinating Council (GARCC) in partnership with waste management companies have kick-started the ‘Operation Clean Your Frontage’ initiative.

The campaign, which today, February 1, 2022, according to the Greater Accra Regional Minister, Honourable Henry Quartey, will help achieve the dream of Accra becoming the cleanest city in Africa. 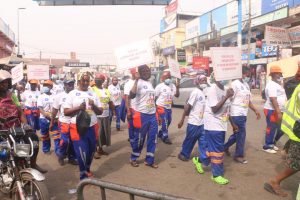 He added that the project was also meant to get an all-hands-on-deck approach and therefore, urged residents and traders in Accra to get involved in achieving the dream.

The official launch which took place in October last year was beefed up with the inclusion of the Ghana Armed Force (GAF), Ghana Police Service (GPS), Ghana National Fire Service (GNFS) and the National Service personnel with a charge for them to ensure strict adherence to the various assembly bye-laws aimed at making Accra clean.

According to Hon. Quartey, who addressed them at the Independence Square, the project calls for a show of patriotism and an all-inclusiveness approach. 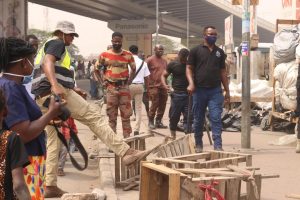 Full compliance in achieving the agenda would inure to the benefit of all hence it was a clarion call to all Ghanaians to clean their frontages, he added.

We travel to other countries and wish to be there again; it is because the citizens were law-abiding and thus making those places beautiful. We can also do same and it starts from we cleaning our frontages,” he indicated.

He further added, “With the Lord on our side, I am hopeful we will achieve our desired purpose.”

The regional minister also called on Ghanaians to take interest in the affairs of the country to embrace the opportunity in the attainment of the dream.

We are engaging all the waste management companies in the country some of which have the financial, logistical and human resources to champion this initiative,” he said.

Quartey was hopeful that with the help of God, the initiative would yield its intended purpose.

Later speaking to the media, the Executive Chairman, Jospong Group of Companies (JGC), Dr. Joseph Siaw Agyapong, revealed that his outfit (Zoomlion) was well positioned to champion the agenda.

According to him, Zoomlion has made available 60 branded cars, 2,000 branded containers to be positioned at vantage locations. 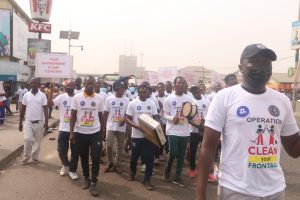 He gave the assurance that with the revival of the One House, One Dustbin project, the dream of actualising the clean your frontage was sure to succeed.

With a public address system, massive education was embarked upon in areas including Farisko, UTC, First Light to Obetsebi, Digital Centre Circle, Sadisko to Tiptoe Lane and TUC to the Law School.