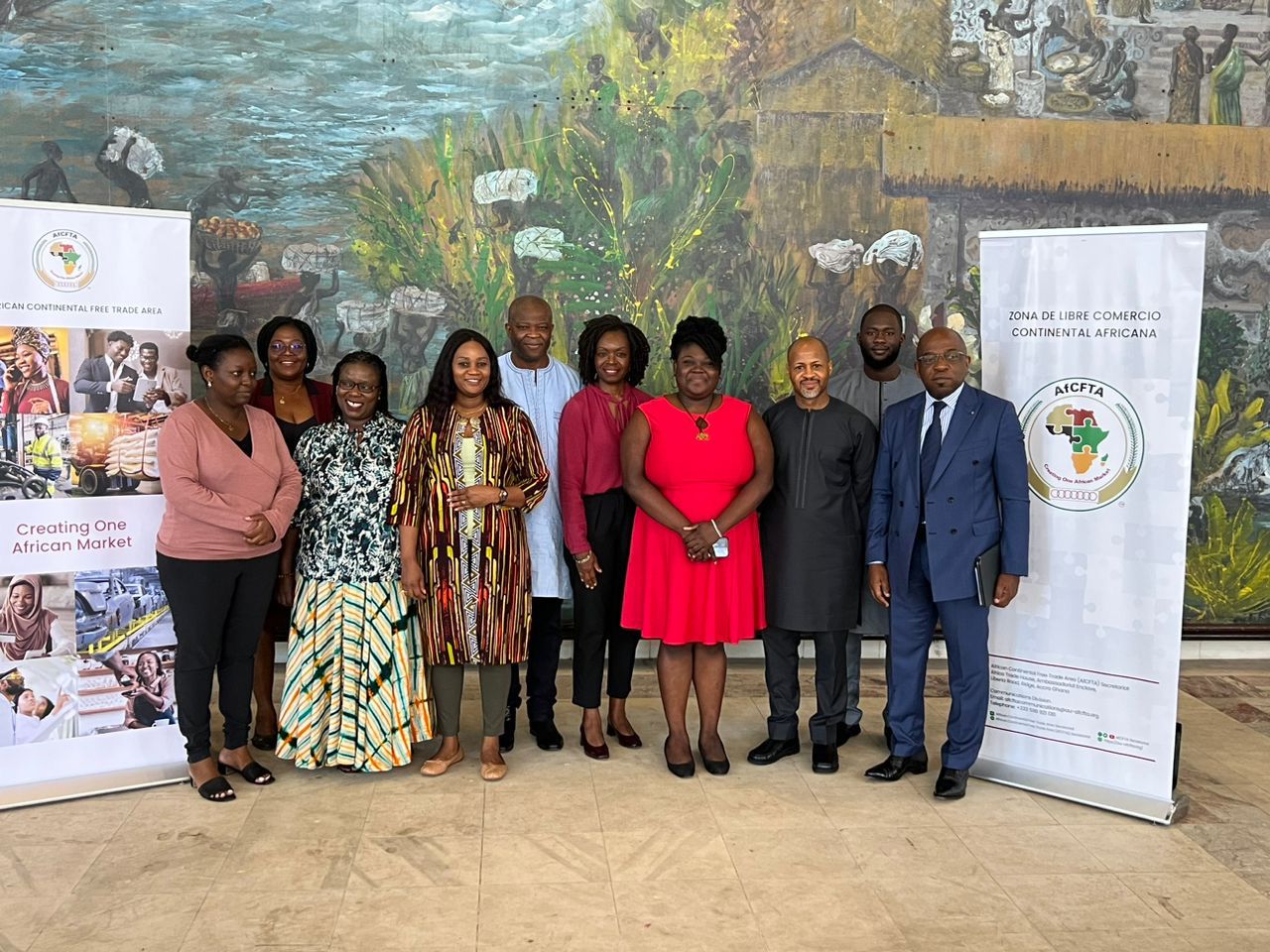 The Gambia Chamber of Commerce and Industry (GCCI) led by the CEO, Sarata Conatey met with experts from the Africa Consultative Free Trade Area (AfCFTA) which has the secretariat in Accra, Ghana.  The consultative meeting held at the Accra International Conference Centre was as part of the European Commission project

Promoting Investment In Culture, Creative Arts And Sport To Enhance Resilience Against Climate Change In The Local Community” to support the growth of Cultural Goods and Arts sector in Gambia and its exports to the EU market.

Sarata Conateh, disclosed that handicraft and traditional sports, specifically the traditional wrestling, are being leveraged to contribute to community tourism in Gambia and to enhance the livelihoods and income of local craftsmen. The investments protocols being aimed at by the synergy between the GCCI and AfCFTA will cover support to the handicraft market, enhance trade in services and also support the regulatory protocols for the Culture and Creative Arts industry.

Beatrice Chaytor, Head of Trade in Services for the AfCFTA welcomed the delegation and mentioned that the AFCTA are engaged in the intensive trade and services negotiation. A protocol has been in existence by having schedule of specific commitments in the Services sector. She said further that ECOWAS has been providing community level rules that intersects with trades, services and the telecom industry.

The five-priority sector of the ECOWAS negotiations are business services, communication, financial, tourism and transport. She also said the tourism aspect is very present in the negotiation and that another aspect of the project that will come up for negotiation is recreational cultural and sporting services.

She clearly stated that if Gambia is looking forward to link with AFCFTA protocols it has to be considered if the Gambia has its own AFCFTA strategy. At the moment every country is being urged to establish its AFCFTA national strategy and its national committee that will oversee that strategy and how it implemented.

Gabriel Bah, Regulatory Expert and Consultant to the project emphasized the importance of a harmonized regulatory framework to the growth of the Cultural & Arts sector not only in Gambia but across the ECOWAS region to maximise the sector’s contribution to the economies of the region.

The AfCFTA is developing the regulatory framework to enhance market access  for cultural goods, among other things. The protocols will also help to protect proprietary products found in particular regions. 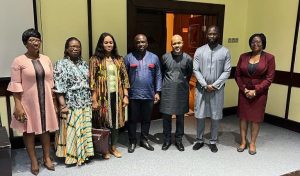 Speaking at the event, Desire Loumou, the Senior Expert in Trade in services said that, enhancing continental trade was one the objectives of AfCFTA. The member countries will have less barriers to deal with in trading in goods and services. The AfCFTA is willing to assist in training of stakeholders to sensitize them on how they can protect, promote and commercialize their products, because that protocol can open the door for them to trade both within and outside the ECOWAS.

Amongst the Gambian Delegation was Gabriel Bah, the Project Consultant and Regulatory Expert, Chris Addy-Nayo, a Trade Expert, Mohammed Saigne, Business Development Officer of the Gambia Chamber of Commerce and Mrs Fatou Saigne Gaye, the Ceo of Gaye Njorro Foundation and Skills Academy in the Gambia.

The Gambian Delegation also proceeded for further engagement with the Ghana Chamber of Commerce and Industry where they met with the Chief Executive of GCCI Mark Badu-Aboagye. They also met with the Ministry of Trade and Industry, Ghana on their consultative mission.