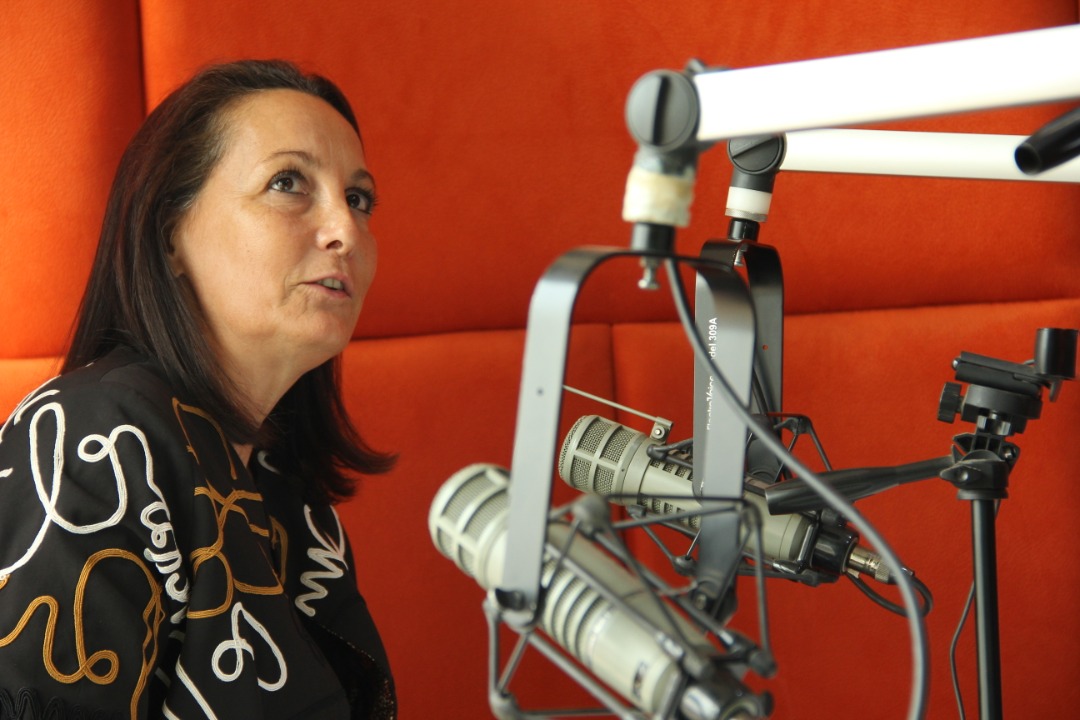 Her Excellency Anne Sophie Avé, the Ambassador of France to Ghana describes diplomacy as the creation of links between two countries, utilizing the soft power and influence at their disposal.

One may think the diplomat may focus on primarily the central government in the execution of her duties but her approach to work is unique.

How can you be in a country and pretend to know it and have intimate knowledge of the country if you’re not actually blending and connecting with the people.”

Her Excellency Anne Sophie Avé backs her words with actions and is regarded as one of the most active diplomat Twitter users in the country with her constant engagement with the Ghanaian people online.

In an interview with Y107.9FM’s Rev Erskine on the Yleaderboard Series hosted on the Myd Morning Radio Show, she was quizzed if her vibrancy on Twitter had no effect on her work as a diplomat.

She admits there is the part of her job that requires her to engage with authorities and carry the ideal image of a diplomat and work behind the scenes, she thought it best to also share with the Ghanaian people as much as she can.

I have been welcomed in this country and it is only fair I share with the people as much as I can,” she said.

Admitting she cannot share everything with Ghanaians, she argues it is only fair for the “people to know what we’re doing here and connecting with the people is actually part of the job.”

According to her, the feedback she receives from her active Twitter use has enabled her understand the country and its people.

Ghana is a very complex. Yes, there is unity in Ghana and the overall feeling of being Ghanaian but you have always respected and embraced diversity, different languages, ethnicity, culture and tradition and you can never pretend you know a country. Especially if you’re foreigner you’ll have to get close to the people to understand the country and live as close as possible and talk to the people as much as you can.”

To her one of the beautiful things about the Ghanaian people is “the way the people smile.”

Her Excellency Anne Sophie Avé, arrived in Ghana in September 2018 and has had a fantastic experience so far.

Although the COVID-19 pandemic has affected a lot of projects between the two countries, she applauded Ghana for having dealt with the situation very well.

Appiatse Fund to be operational in March