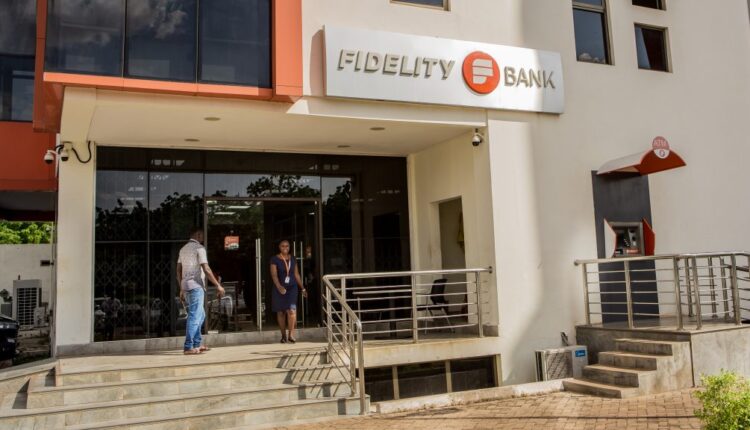 Kwadwo, who allegedly engaged his biological brother, Kwabena Appiah Mensah Antwi, to succeed in the crime, and used his share of the stolen money to buy two iPhones for himself or his wife, paid off his personal debt, as well as completed building his house.

Kwadwo Berko Antwi, a personal Accounts Manager of a customer of Fidelity Bank Ghana Limited, Maame Nkansah, is said to have allegedly forged a document and stolen funds of the customer to the tune of GH¢485,450.

Kwadwo, who allegedly engaged his biological brother, Kwabena Appiah Mensah Antwi, to succeed in the crime, and used his share of the stolen money to buy two iPhones for himself or his wife, paid off his personal debt, as well as completed building his house.

Kwadwo, Relationship Officer at the Fidelity Bank, Ridge Branch, and Kwabena, a Graphic Designer, were arraigned before the Accra Circuit Court ‘2’ on the counts of forgery of official document, stealing, and abetment of crime.

The two have pleaded not guilty to the charges, and the court, presided over by Rosemary Torsu Baah, have granted them bail each in the sum of GH¢400,000 with two sureties to be justified by landed property.

The brief facts, as presented by the prosecuting officer, Inspector Jonas Lawer, are that the complainant in the case is Frank Abdulai Iddrisu, a Financial Investigator with Fidelity Bank Ghana Limited, while Kwadwo Berko Antwi and Kwabena Appiah Mensah Antwi are Banker and Graphic Designer respectively, both residing at North Legon.

He said Kwadwo was the Relationship Officer at the Fidelity Bank, Ridge Branch in Accra, and was appointed to manage three accounts – Flip Account, Dollar Account and Current Account – belonging to a customer of the bank, Maame Nkansah.

The Prosecutor said a review of the customer’s accounts revealed that, between the period May 7, 2020 and March 19, 2021, Kwadwo created a Fidelity Bank Mobile Application and funds transfer form with a forged signature of the customer, Maame Nkansah, and then transferred a total amount of GH¢435,400.00 from her account into another account with the name Ankusa Media belonging tp Antwi Kwabena Appiah Mensah.

Inspector Lawer further stated that Kwadwo also transferred GH¢24,000 into another account bearing the name of Kwabena Appiah Mensah, and on March 3, 2021, Kwadwo further transferred cash in the amount of GH¢7,050.00 to a different account belonging to one William Osei, a witness in the case.

He continued that on May 25, 2021, Kwadwo respectively transferred from Maame Nkransah’s US dollar account a total amount of US$1,200 into an account that belonged to Kwabena.

The Prosecutor stated that a complaint was lodged with the police, and the accused persons were arrested where it was discover that A1 and A2 were brothers.

He said Kwadwo operates two Fidelity Bank accounts with A2 as the sole signatory, adding that Kwabena was to withdraw monies paid into the two accounts, as stated above, and repay it into A1’s personal account or sometimes pay the monies into A1’s Momo account.

This is to cover up A1’s underhand dealings as [a] staff of the bank. It also came to light during investigations that A1 used the monies he stole from the customer’s accounts to pay off his personal debt, bought two iPhones for himself and his wife, and then used the rest of the amount to complete his house at Agbogba,” he indicated.

The Prosecutor added that on March 3 and 22, 2022, respectively the accused persons refunded a total of GH¢180,000 to the police which was kept as an exhibit.