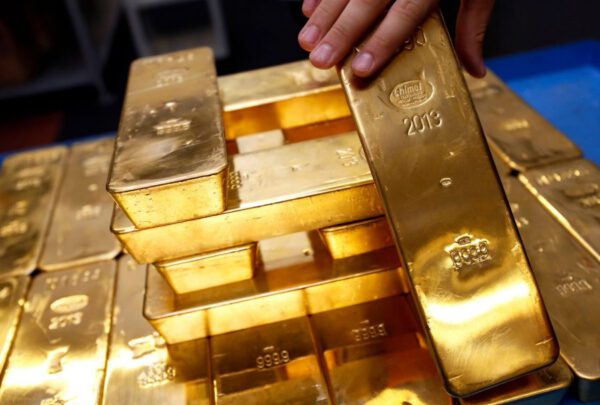 The Economic and Organised Crimes Office (EOCO) has joined the inter-agency task force working to improve royalty payments and collections due the state from the mining sector.

The EOCO is the newest member of a group of related agencies in the extractive and minerals sub-sector, led by the Minerals Income Investment Fund (MIIF).

The inter-agency collaboration is born out of a framework to enhance the collection of royalties, expand the royalties net and streamline communication on royalties’ payment, especially from the non-gold mining sector, such as salt mining, sand winning, limestone, granite and quarrying.

The MIIF is the statutory body that receives royalties on behalf of the state and manages the equity interest of the government in large-scale mining companies.

The fund invests the dividends and royalties on behalf of the people of Ghana.

The inclusion of EOCO adds a new dimension to this all-important initiative and we will leverage its expertise and infrastructure to help identify and collect royalties from these mineral types,” he said.

He added that the payment of royalties from quarries since the inter-agency collaboration started in December last year had gone up by over 100 per cent.

For the first time in Ghana’s history, sand winners who had never paid royalties to the state are now making good their commitments and paying royalties. The salt and limestone sectors are performing above 200 per cent on pre-November 2021 figures. We could end the year at around GH¢30 million, which was lost to the state previously,” Mr Koranteng said.

He explained that the collaboration was also yielding reconciliation of data, collection of data and information sharing much quicker.

We are dilating on the same information and adopting a singular multifaceted strategy because we are all in one room thinking about solutions and efficiency.

This helps us to leverage our experiences for innovation,” he added.

He said through the inter-agency task force, the Business Development Unit of MIIF had built a geo-mapping system covering most of the non-gold minerals.

We are working together with the relevant laws and mandates, leaving no room for exploitation by those who want to take advantage of the system by deliberately living in the crevasses. This is the true benefit of working together,” he emphasised.

The EOCO, established by the Economic and Organised Crime Office Act, 2010 (Act 804), is a specialised agency to monitor and investigate economic crimes and, on the authority of the Attorney-General, prosecute these offences to recover the proceeds of crime and provide for related matters.

“The non-payment of royalties offends the law,” the CEO of MIIF said.

Mr Koranteng added that there had been instances when some of the practices of companies in the mining sector bordered on clear attempts to evade their payment obligation through very complex schemes.

What EOCO further brought to the inter-agency was a law enforcement muscle and also the ability to detect and investigate these practices, he added.

The Executive Director of EOCO, Commissioner of Police (COP) Maame Yaa Tiwaa Addo-Danquah, said the office had a mandate to investigate crimes and prevent the occurrence of same.

To be able to do this, we need to better understand the mining sector to enable a full deployment of our resources, collect and package evidence professionally and protect data collected. This is what we bring to the inter-agency framework,” she said.

The collaboration, which was initiated by MIIF in December last year, has improved the efficiency in the collection of non-gold royalties through the collaborative efforts of the Ghana Revenue Authority (GRA), which is responsible for the collection of royalties on behalf of MIIF, the Ghana Standards Authority (GSA), which assesses standards and accurate production measurements of minerals, and the Minerals Commission, the regulator of the mining sector.

The inter-agency task force comprises officials from the Minerals Commission, GSA, the Environmental Protection Agency and the GRA.