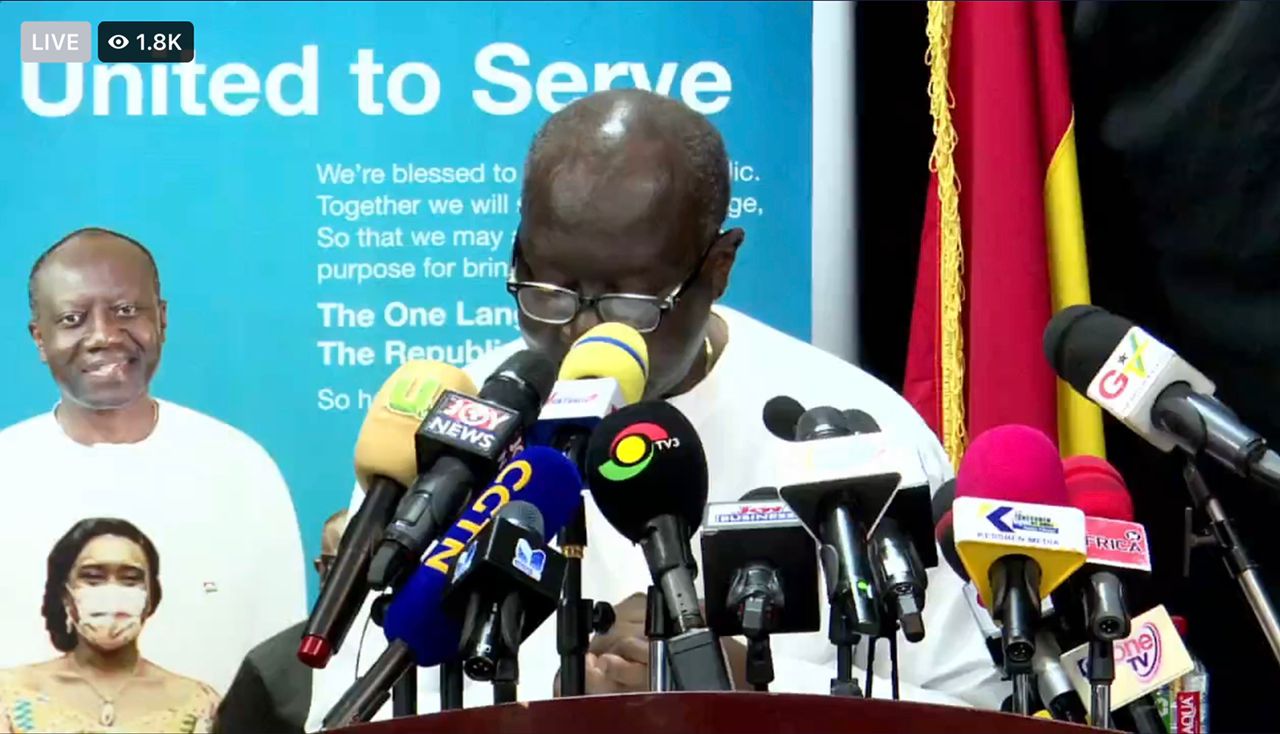 The Minister of Finance, Ken Ofori-Atta has announced a raft of measures targeted at ensuring the achievement of the fiscal deficit target of 7.4% of GDP in 2022.

The measures were announced yesterday at a press briefing in Accra.

They are expected to complement the ongoing 20 percent expenditure cut as part of fiscal stabilization and debt sustainability measures being undertaken by the government.

i. An additional 10% cut in discretionary spending. The Ministry of Finance is currently meeting with MDAs to review their spending plans for the rest of the three (3) quarters to achieve the discretionary expenditure cuts;

ii. A a 50% cut in fuel coupon allocations for all political appointees and Heads of government institutions, including SOEs, effective 1st April 2022;

iii. The Government has imposed a complete moratorium on the purchase of imported vehicles for the rest of the year. This will affect all new orders, especially 4-wheel drives. We will ensure that the overall effect is to reduce total vehicle purchases by the public sector by at least 50 percent for the period;

iv. The Government has imposed a moratorium on all foreign travels, except pre-approved critical/statutory travels;

v. The Government will conclude ongoing measures to eliminate “ghost” workers from the Government payroll by end December 2022

vi. The Government will conclude the renegotiation of the Energy Sector IPPs capacity charges by end of Q3-2022 to further reduce excess capacity payments by 20% to generate a total savings of GHS1.5 billion

vii. The government will impose a moratorium on the establishment of new public sector institutions by the end April, 2022;

viii. The government will prioritise ongoing public projects over new projects. This is to enhance the efficient use of limited public funds over the period by finishing ongoing or stalled but approved projects;

ix. The government is to reduce expenditure on all meetings and conferences by 50%, effective immediately;

x. Cabinet has approved that Ministers and the Heads of SOEs to contribute 30 percent of their salaries from April to December 2022 to the Consolidated Fund

xi. The government will pursue a comprehensive re-profiling strategies to reduce the interest expense burden on the fiscal

xii. The government will liaise with Organised Labour and Employers Association to implement with immediate effect, the measures captured in the Kwahu Declaration of the 2022 National Labour Conference, including reforms towards addressing salary inequities/inequalities (e.g. Article 71 Office Holders), the weak link between pay to productivity and the sustainability of the payroll.