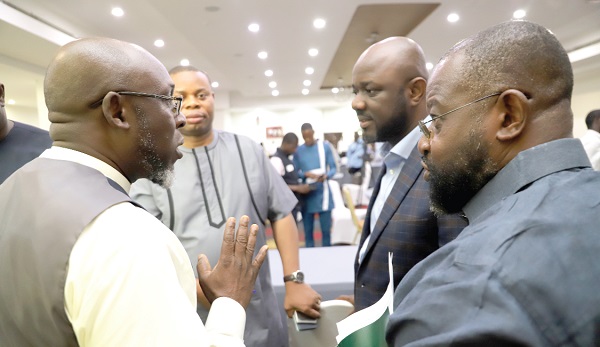 A group of 24 civil society organisations (CSOs) have called for a national discourse on the Agyapa Royalties deal.

The CSOs, which work in the extractive, anti-corruption and good governance sectors, said the Agyapa deal was not in the interest of the country and, therefore, urged the government to offer more explanation on the deal to the citizenry and why it must be accepted.

Addressing a press conference in Accra on May 17, 2022, to react to recent views shared by the Minister of Finance, Ken Ofori-Atta, on the need to pursue the Agyapa deal, which was suspended in 2020 prior to the general election, the Spokesperson for the group, Kofi Bentil, demanded that the said revised deal be put before Parliament for the people to get its full details.

Bentil, who alleged that the government had the intention to go ahead with the deal without re-submitting it to Parliament, cautioned that any such move would attract a legal battle, as the group would resort to the courts for redress.

According to him, the President promised to be accountable on the deal, and for that matter “we call on the government to avail itself for a thorough debate on the future of the country’s minerals income”.

We hold the President to his call for national consensus and re-submission of the transaction to Parliament. Anything short of this will undermine any trust we have in the words of the President,” he added.

Bentil also said the group was aware that some processes were underway to aid the eventual listing of the company on the London Stock Exchange through Jersey Channel Islands, a British island tax haven.

The government, he claimed, had concluded negotiations with Jersey for a bilateral investment treaty to provide a broad framework for the relationship between Ghana and Jersey to enable the Agyapa transaction in the form it wanted it to be.

He added that the government was also negotiating a double taxation agreement (DTA) with Jersey to create a binding constraint on Ghana to tax Agyapa Royalties Limited after the transaction and effectively circumvent one of the critical concerns raised by civil society.

As a result of that, he said, the government, through the Ghana Revenue Authority, had started a media campaign to convince the people that the Agyapa deal, as another DTA, was not a new thing.

Bentil further said an assessment by the Office of the Special Prosecutor, under Martin Amidu, had established that the Agyapa deal was not the skilled product of professional financial experts seeking to maximise the country’s interest but instead a concoction of clique interest.

Buttressing the CSOs’ stand with the assessment by the OSP, he said the CSOs were against the entire deal and not only the processes involved.

Explaining why the deal was bad, he claimed that the government intended to sell 49 per cent of the country’s future receipts of untied royalties from 48 mining leases covering the best gold acreages in the country for a paltry $500 million to $750 million.

He said in the last few years, the country had exported gold exceeding $6 billion per year, and that the bulk of the trackable gold came from the 48 leases, adding that “the royalty rate across these mines ranges between three and five per cent”.

In two years, the total royalty received amounted to about $430 million ($200 million in 2020 and $300 million in 2021). Therefore, it stands unconscionable why Ghana seeks $500 million to $750 million for half of the royalty streams in perpetuity and divert the critical resources from the budget and, by extension, development financing into the Agyapa structure which is buried in secrecy jurisdictions,” Mr Bentil said.

Use networks to boost trade on continent – AfCFTA boss