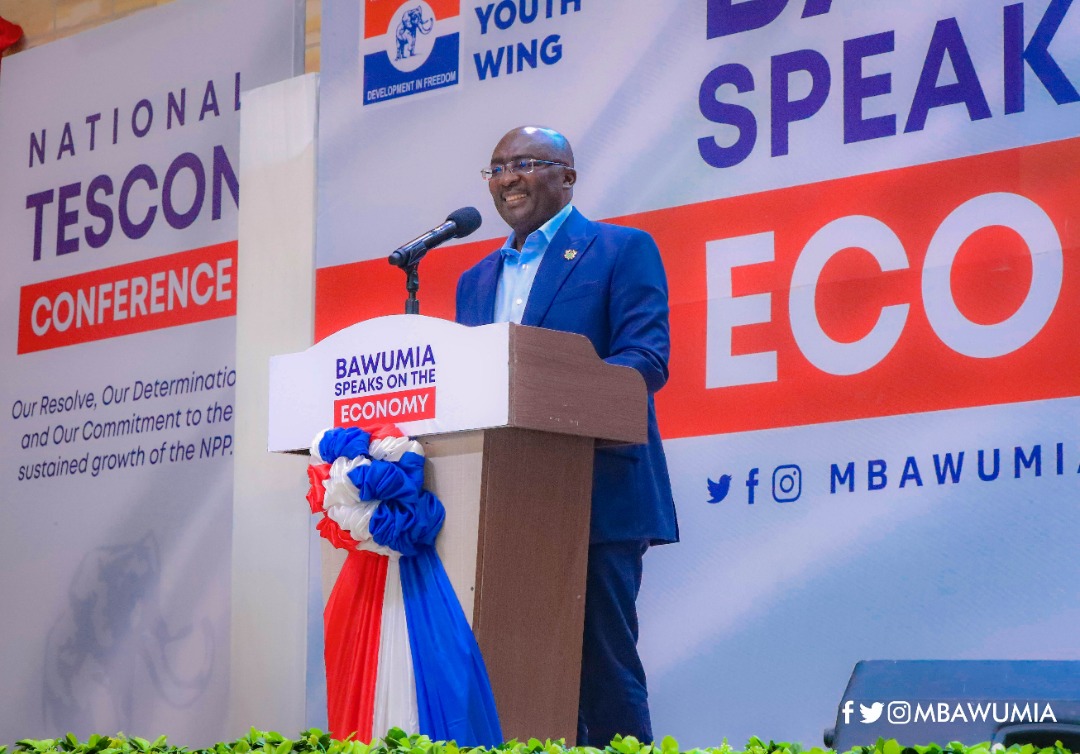 Vice President, Dr. Mahamudu Bawumia has reaffirmed the ability of the country’s economy to bounce back despite the current challenges.

According to him, “changing the structure of our economy through diversification and value addition will not happen overnight.”

Dr. Bawumia, however, noted that the Akufo-Addo government is committed to dealing with the existing hurdles to make the economy better.

It remains a major pre-occupation of the government because it is our pathway to reduce import dependency, expand the economy, create jobs, increase exports, and support the value of our currency,” he said on Thursday.

The address at the National TESCON Training and Orientation Conference on Thursday, is the first economic-themed speech by the Vice President since the onset of price hikes on fuel and other commodities as well as the depreciation of the cedi.

As the leader of the Economic Management Team, a section of the public called on him to make a public statement.

Admittedly, Dr. Bawumia said the Covid-19 pandemic and the Russian- Ukraine crisis have had adverse effects on the economy.

On the back of this, his address focused on measures the government has taken to address the situation.

Already, President Akufo-Addo has asserted that government is taking realistic steps to overturn the economic downturn, although it won’t be an easy task.

Delivering the State of Nation Address (SONA 2022) in Parliament, the President said, “the road to recovery will be hard and long, Mr. Speaker, but we have started on a good footing by accepting that we are in a difficult place and are taking the difficult decisions that will get us out.”