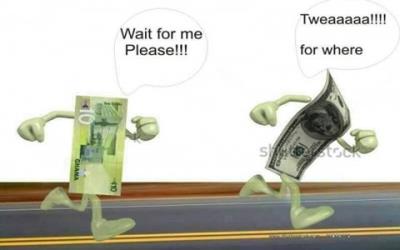 The Bank of Ghana says it will not hesitate to penalize persons who flout the Foreign Exchange Act by pricing and taking payments for goods and services in any currency apart from the Ghana cedi.

The BoG’s comment follows viral images of a shop attendant at Palace Hypermarket on the Spintex Road in Accra accepting dollars for payment from a customer for goods purchased.

A team from the Central bank led by Esi Hammond, Head of Communications, in a market surveillance on Wednesday, visited the premises of Palace Hypermarket where it met engaged management of the shop

“We support our stakeholders to alert them about the need to observe the rules and regulations of the land particularly with respect to the Foreign Exchange Act which prohibits pricing in any other currency apart from the Ghana cedi.”

“It has come to our notice that a few shops, schools and other institutions are charging in dollars. So, today we paid a visit to the Palace Mall and initially did a few shopping around to see what happens here. We realized that some shops are willing to take dollars as payment for goods purchased. So we had to engage them and let them know that this contravenes the Foreign Exchange Act,” Ms. Hammond said.

The team visited other shops including one that had the inscription of a forex bureau, but did not have the license to operate as such.

The BoG officials interrogated the General Manager of the facility, Nana Kofi, who insisted that despite the inscription, there is no forex bureau operating at the premises but rather a travel and tour agency.

Related Topics:BoGDollar pricing
Up Next