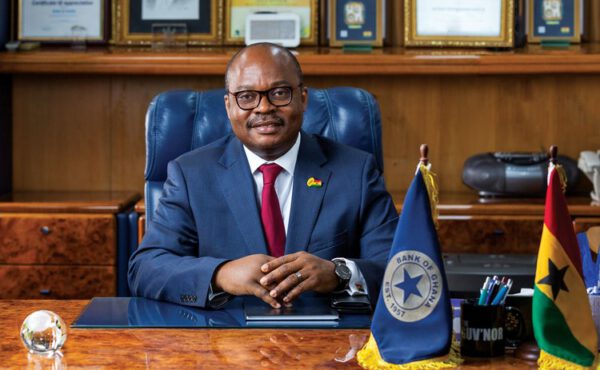 THE Bank of Ghana (BoG) has been honoured at the 2022 African Corporate Governance Network (ACGN) Directors’ Awards.

The central bank won two honours and was also recognised as suitable for celebration as a Doyen of Business Excellence at the awards held virtually on November 17.

It said the award followed the bank’s outstanding performance in promoting the culture of good corporate governance.

The statement added that the Governor of BoG, Dr Ernest Addison, was also presented an award as the Corporate Governance Personality, Ghana, for the Year 2022.

Dr Addison was awarded for demonstrating outstanding performance in the promotion of good governance leading to significant outcomes.

The statement said the bank’s Secretary, Sandra Thompson, who represented the BoG at the virtual event, expressed her gratitude to the organisers of the Awards.

It said the programme was attended by over 150 local and international participants including corporate directors from both public and private sector organisations, cutting across 42 industries.

It said the participants were drawn from the continent and were addressed by the eminent Professor Extraordinaire Mervyn King, an authority on corporate governance.

The ACGN Excellence Awards programme has been established to promote and recognise individual and corporate actors from Africa, who are demonstrating outstanding performance in the promotion of good governance leading to significant outcomes.