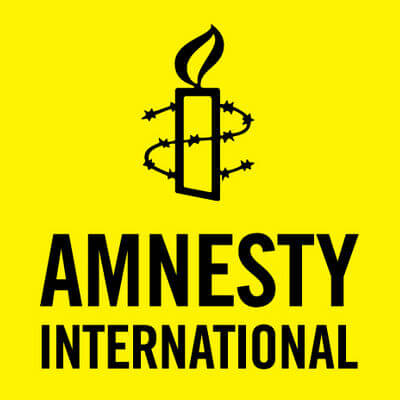 Over the past 60 years, Amnesty International has been a finger on the pulse of human rights violations in all their forms around the world. But it has also come under widespread criticism for some of its more opaque actions.

Not everything has been easy for Amnesty over the past 60 years. AI says it does not pursue political ideology or “support or oppose any government or system”. However, its critics say it does just that. There have been allegations of unilateral reporting or not addressing security threats as a mitigating factor. The policy of neutrality and non-partisan stance has become increasingly difficult to maintain because of today’s complex issues.

Several countries have become weary of AI’s partisan work, particularly because of its ideological and foreign policy bias against non-Western or Western-supported countries. AI has been criticised for concocting one-sided reports and for failing to treat security threats as an extenuating circumstance. Even the Catholic Church has criticised Amnesty for its stance on abortion, especially in majority Catholic countries. The list of criticisms against the NGO is long, and only a few major cases are mentioned.

In 2007, for example, Sri Lanka accused AI of launching its “Sri Lanka, respect the rules” campaign as the country prepared to host the 2007 Cricket World Cup, as well as indirectly supporting the Liberation Tigers of Tamil Eelam (LTTE).

In 2010, Gita Sahgal, a senior Amnesty official, publicly condemned the organisation for its collaboration with former Guantanamo detainee Moazzam Begg of the group “Cageprisoners”. In a letter to Amnesty’s management, she wrote: “To appear on platforms with Britain’s most notorious supporter of the Taliban, whom we treat as a human rights defender, is a gross misjudgement”. As a result of this harassment, Gita Sahgal was removed from her position in February 2010.

In February 2019, Amnesty International’s senior management team offered to resign, following the revelation in an independent report by the Konterra Group of what it called a “toxic culture” of bullying at work, as well as extensive evidence of intimidation, harassment, sexism and racism. The report concluded that “organisational culture and management failures are at the root of most staff welfare problems”.
AI Secretary General Kumi Naidoo had refused to accept the resignations, opting instead to sack some of the managers. However, under pressure from a group of workers within AI, Kumi Naidoo was forced to leave the organisation on 5 December 2019, due to health-related reasons, according to the NGO.

The latest episode of AI criticism comes from Ukraine, when the NGO published a report indicating that the Ukrainian armed forces had based its forces in residential areas on several occasions while there were viable alternatives nearby. According to Amnesty, while these cases did not justify Russian attacks on civilians, the tactics risked endangering civilians. The same story was reported by Human Right Watch, which claimed to have found evidence of three cases where “Ukrainian forces based their forces in houses where people were living but took no apparent steps to move residents to safer areas” and four cases of Russian forces doing the same.

However, the report was welcomed by several Russian and pro-Russian figures, including the Russian Embassy in London, prompting further criticism of the organisation.

The publication of the report was immediately followed by the resignation of Oksana Polkalchuk, head of Amnesty International in Ukraine. Several media outlets called AI “Putin’s propagandists”, noting that the organisation already has a “history of kowtowing to the Kremlin”, notably when it refused to recognise Russian opposition leader Alexei Navalny as a prisoner of conscience.

Despite the criticism leveled at Amnesty International from all sides, the NGO has shown no remorse about the damage its report has inflicted on Ukrainians; on the contrary, it continues to assert that it takes full responsibility for its report, blaming the Ukrainian army for endangering civilians in its resistance to the Russian invasion.

AI’s biased approaches – as well as HRW’s – in dealing with human rights situations in certain countries, including Morocco in particular, are now being masterfully exposed as evidenced by the blatant biases of this NGO, depending on the interests of the day.

AI is now the target of crossfire from the Western press and media, the same ones that had put this NGO on a pedestal when it came to attacking the targeted countries. For AI, as for HRW, everything is ultimately a question of interest and of which country to attack, according to the moods of their sponsor, Georges SOROS, by exploiting human rights in the vilest way possible, just as imperial forces once took advantage of the financial and military vulnerability of the states and peoples they colonised.

In Morocco, the reports of human rights organisations such as the AMDH (Moroccan Association for Human Rights) are incredibly virulent and no one takes offence at these so-called Moroccans who become a source of disinformation for all international NGOs by systematically offering them false and biased information on a large scale, which they use to sully the image of the Kingdom internationally.

The insidious approach of this “5th column” aims at undermining and corrupting the feelings of patriotism that animate Moroccans towards their sacred institutions. Defending one’s country against the pernicious designs of the Kingdom’s detractors has become a deviance and heresy for these enemies from within.

The West, AI and HRW do not care about human rights, as they are a lever for pressure on regimes that refuse to bend over backwards when they aspire to consolidate their political, economic and cultural sovereignty by opting for a broader multilateralism.

As a duty of memory, Robert Bernstein, the founder of HRW, who died in 2019, published an article in the New York Times that will forever be engraved in the annals of history, in which he castigated the leaders of Human Rights Watch for having deviated from the original mission that he had imagined for the organisation that he led for 20 years, describing it as “morally bankrupt”, in unequivocal words that also apply to AI.

Moreover, Marc Girot, long before Robert Bernstein, had published an essay in 2011 under the title “Amnesty International. Enquête sur une ONG génétiquement modifiée”, in which he reveals the existence of two different associations with the same name, claiming the same cause but having completely opposite methods. The author of this essay, who is a former member of the aforementioned NGO, sought to show the ubiquity of AI and thus denounce its current position in the defense of human rights.