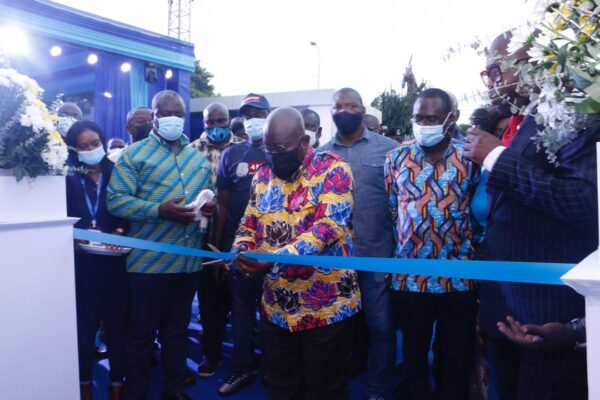 He praised the board of directors of Metro TV for settling on a Ghanaian contractor who in turn chose a Ghanaian architect to design the world-class edifice. 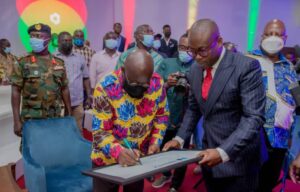 According to President Akufo-Addo, engaging solely Ghanaian companies to produce a world-class edifice showed that the Ghanaian was capable.

The new Metro TV large office complex with state-of-the-art facilities is located at North Ridge, adjacent the Millennium Insurance near the Alisa Hotel in Accra.

Speaking to the media on the sidelines of the unveiling ceremony, Information Minister, Kojo Oppong Nkrumah, said government had always supported free, fairness and responsible media practice and therefore hoped that other media houses would emulate.

According to him, considering the years Metro TV had been in the media landscape with its corresponding impact coupled with the unveiling of the ultra-modern edifice, he could only encourage other media stations to follow suit.

For his part, Host of award winning ‘Good Evening Ghana,’ Paul Adom Otchere, said the media in Ghana was growing owing to the fact that this had been the first of its kind to deliver digital migration in a manner delivered by the global standards with the new edifice.

The edifice, he disclosed, houses six (6) studios, each of which has three components.
He said, apart from broadcasting from three television stations, four radio stations were also going to be broadcasting at the same time.

We are launching a new production quality onto the Ghanaian market and were excited the President honoured our invitation to grant the first interview leading to the official opening,” he expressed.

Adom Otchere added that being able to demonstrate their commitment had made a statement that the Blackman was capable of delivering quality and independent media. 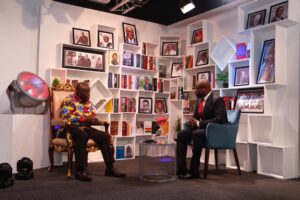 Giving details of the edifice, he revealed that there were four studios in all four floors performing different functions.
He said the ground floor houses the main broadcast studio which would broadcast news. ‘Good Evening Ghana,’ he promised, was going to take a different form and shape where interviews, editorials amongst others would be done.

He hoped that with the new edifice, their previous place was going to be made available for training journalists with high level journalism and professionalism.

The Architect of the project, Jacob Nyameke Homiah of Nyameke Homiah Architect, indicated his outfit was ready to avail itself to training any interested Ghanaian youth.

He was fulfilled that his company was given the contract to demonstrate their God-given talent.

He, therefore, urged the youth to be determined and hard-working in order to be spotted by the right people. 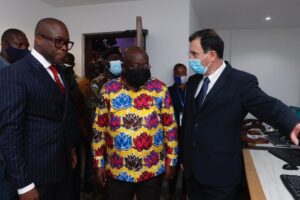 Among dignitaries who graced the occasion included the Minister of Works and Housing, Hon Samuel Atta Akyea, Foreign and Regional Reintegration Minister, Hon Shirley Ayorkor Botchwey and the Executive Chairman of the Jospong Group of Companies, Joseph Siaw Agyepong.