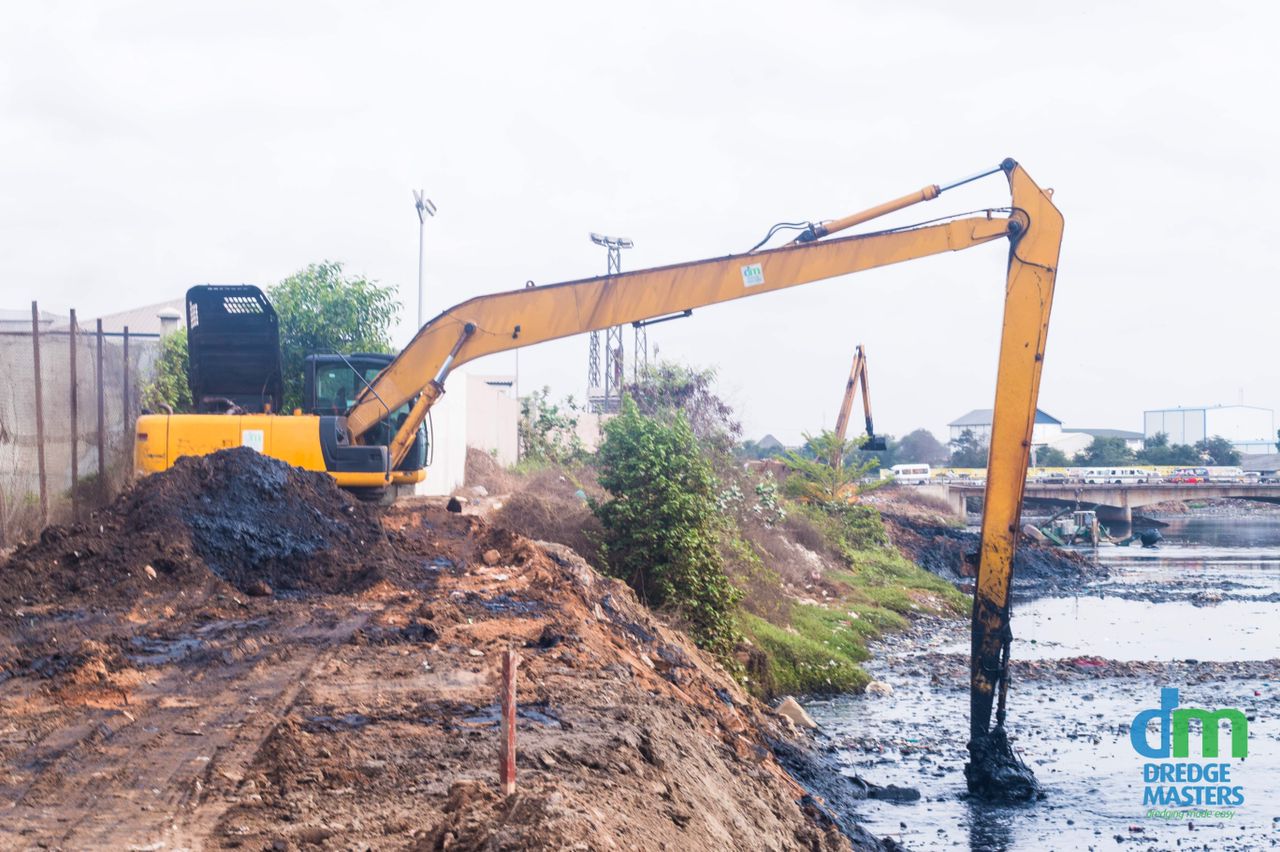 The Minister of Works and Housing, Francis Asenso Boakye, has undertaken an inspection tour of ongoing dredging works in the Korle Lagoon in Accra. 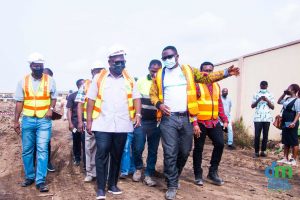 For the past years, Dredge Masters Limited (DML), a Ghanaian-owned leading provider of dredging services, has been carrying out dredging works in the lagoon in an effort to prevent flooding in Accra.

The tour which came off on Thursday, March 17, 2022, enabled the minister to assess the progress of work of dredging works in the lagoon. 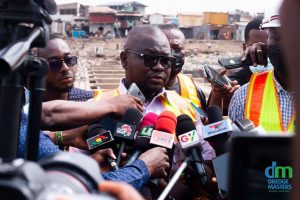 Speaking to journalists, Asenso Boakye bemoaned the habitual dumping of refuse into drains, especially by squatters, describing their attitudes as “inimical” to nation building.

He said the government has invested so much into the construction of Integrated Recycling and Compost Plants (IRECOPs) across the country.

He said these state-of-the-art waste management facilities were being constructed to help in the proper management of waste and also safeguard lives and properties.

However, he complained about the citizens’ laxity to support the government’s efforts, adding that “It’s as if we are moving in cycles with the gains always being eroded.” 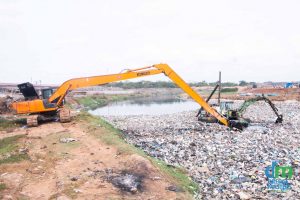 According to Asenso Boakye, the tour was necessary as it formed part of his ministry’s measures to prevent flooding this year and its attendant effects.

He lashed out at the abject disregard for a change of attitude to correct the age-long anomaly of indiscriminate dumping of refuse in the country.

I am urging Ghanaians to be responsible and at no circumstance should anybody dump refuse into the drains. That attitude has a devastating effect on the Ghanaian economy,” the minister warned.

He reiterated his ministry’s resolve to liaise with the assemblies to arrest and prosecute any offender.

The Operations Manager of Dredge Masters Limited, Sena Kofi Adeipena, gave a firm assurance that his company was working very hard to prevent a repeat of the June 3 disaster.

We are positioning ourselves to prevent a repeat of the June 3 disaster by dredging the drains within the central business district (CBD) of Accra,” he assured. 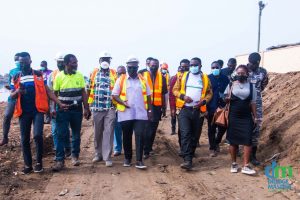 He admitted that dredging works within the district were quite difficult considering attitudinal challenges amid migration, hence excessive squatting along the drains.

One such challenge, he said, was the lack of space for them to park their dredging machines.

All available spaces to enable us park our machines have been occupied by squatters, and this is making our operations very difficult,” he said.

He went on to add that the jostling for space by squatters along the lagoon also posed serious health risks.

Adiepena said the activities of the squatters contributed to the choking of the drains.

Naturally, sediments occur in rivers, but human activities such as squatters along the drains also cause serious problems for the drains. This is because they are not bothered in dumping refuse into the drains,” he noted.

He, therefore, asked that the squatters be moved and a “central monitoring system” put in place with officials positioned for routine checks.

He also called for the creation of a buffer zone along the drains to protect them from negative human activities.