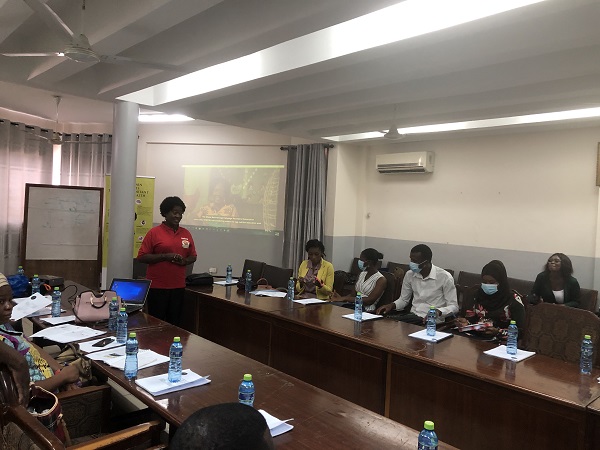 Nutritionists from the Ghana Health Service (GHS) in the Greater Accra Region have received training in the health benefits of eggs consumption to the human body.

Organised by the Ghana National Egg Campaign Secretariat (GNECS), the one-day workshop was aimed at helping to among other things debunk some myths around the consumption of eggs.

Speaking at the workshop in Accra, the National Coordinator of GNECS, Comfort Acheampong, explained that nutrition officers were the first ports of call in various health facilities hence the need for them to be well equipped with vital information about the value of eggs to the human body.

She said recent research on egg consumption in the country showed that eggs per capita is 115, a development which indicated that there was positive impact from the campaign initiated by the GHS since it started.

On the rising cost of egg on the market which serves as an impediment to the campaign, she called for concerted effort of all stakeholders in the value chain to work together to make eggs affordable to all.

She also encouraged all persons to eat at least one egg daily.

The rise in price of egg is just taking people away from eating eggs and our campaign is changing its direction to the ‘Eggstra-O Campaign’ because we want people to eat the eggs,”  Acheampong said.

A nutritionist, Maribel Asomboya, who facilitated the training, said nutrition officers had encountered many myths regarding the consumption of eggs at their various facilities hence the need to educate and train them in the new knowledge and latest research findings on the usefulness of eggs.

She stressed that these myths were false, adding that egg contained very important nutrients that helped in body building and its consumption must be encouraged by all.