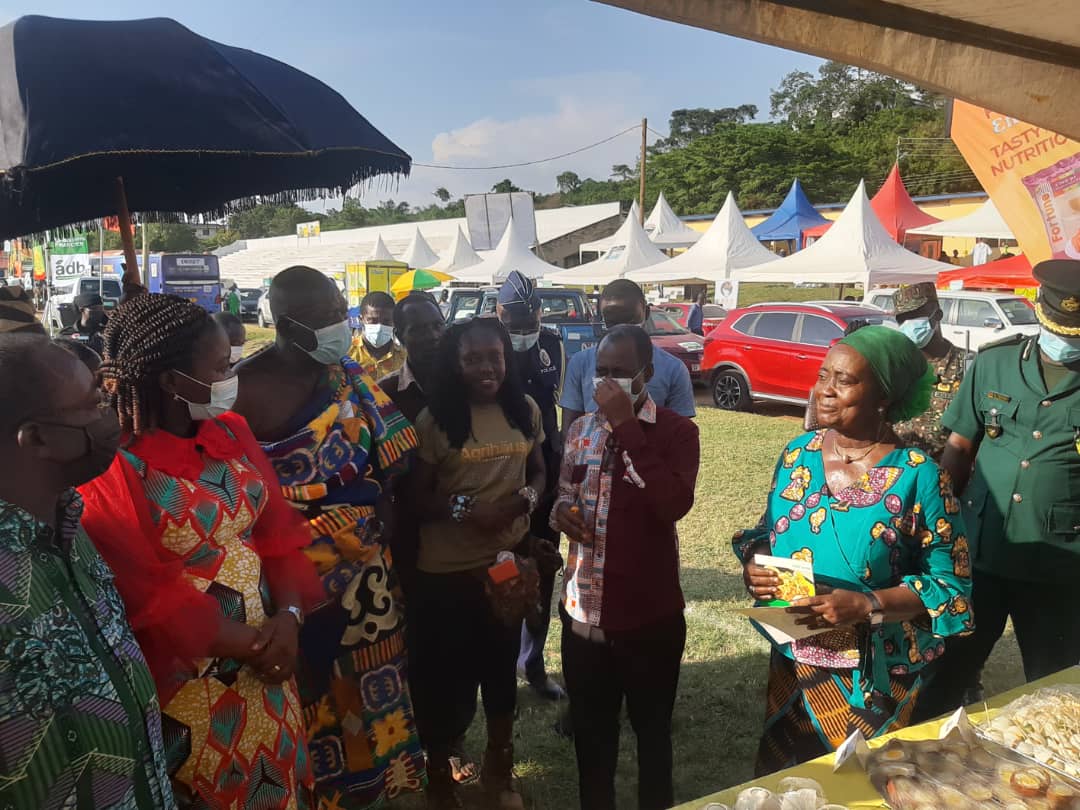 Over 1000 individuals,  including curious visitors, students, researchers and tourists, who also visited GNECS stands were served with various kinds of egg dish on day one of the exhibition. Many more people are expected to benefit from this free gesture throughout the exhibition. 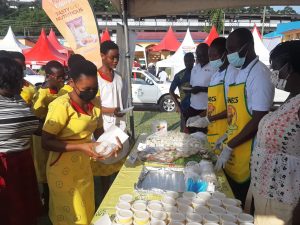 The week-long exhibition will be climaxed on Friday December 3 with a grand durbar to honour Ghanaian farmers and animal rearers who distinguished themselves during the farming season and whose contribution helped the country to avert hunger or food shortage.

GNECS is among over 100 firms made up of commercial farms, agro chemical firms, fertilizer companies, financial institutions, and state food-related and scientific research institutions exhibiting their products and services during the 5-day period.

The annual event is also intended to promote networking, patronage and institutional collaborations and partnerships.

This year’s theme is “Planting for Food and Jobs; Consolidating Food Systems in Ghana”. 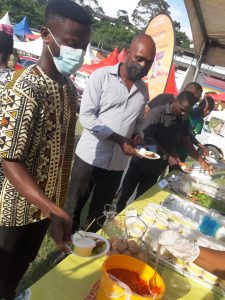 Not only did the patrons benefit from eating dishes made from eggs, but the GNECS also employed the services of a nutritionist from the Ghana Health Service who provided free education on the benefits of consuming eggs regularly. Flyers containing information of egg and egg consumption were also distributed.

Ghana National Egg Campaign Secretariat was established when the United States Department of Agriculture (USDA) and the American Soy bean Association (ASA) funded project-AMPLIFIES came to a close in 2019.

The stakeholders in the Poultry Value Chain decided to continue the National Eggs campaign that was started by AMPLIFIES. This saw the birth of GNECS which is being governed by representation 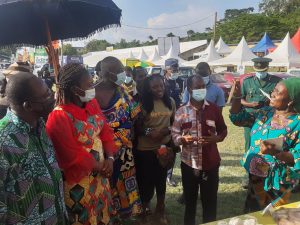 President Nana Addo Dankwa Akufo Addo is expected to award and decorate Best National Farmers at the programme on Friday. 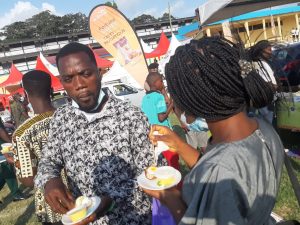 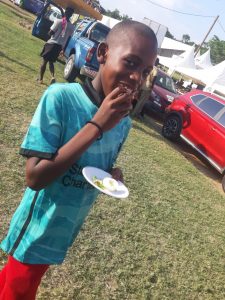 The 5-day Agricultural Fair and Trade Exhibition was opened by the Minister for Food and Agriculture, Dr. Owusu Afriyie Akoto.