Finance and Economic Lecturer, Professor Godfred Bokpin, is cautioning government against running to the International Monetary Fund for an economic programme to bring back live into the economy.

Some economists and finance professionals including the former Finance Minister, Seth Tekper have suggested the country adopt a programme, be it ‘Home Grown’ or ‘External’ to restore confidence in the economy, post covid-19.

This is due to the ballooning debt and high fiscal deficit, partly attributed to effects of covid-19.

But Professor Bokpin in an interview with Winston Amoah on Upfront on Joy News said the country cannot be running to the IMF anytime there are challenges within the economy.

I think others have suggested that we need a programme to ambitiously reduce the deficit in terms of fiscal consolidation. I have a different view actually, any decision to go to the IMF must be thoroughly interrogated. We’ve been to the fund 16 times, what do we have to show for. What shows that the 17th time will deliver a different outcome on a more sustainable bases?”

Since Ghana joined the IMF, practically every three years and some few months, we’ve had to call on the IMF but what do we have to show for…but some talked about policy credibility. The last time we went to the IMF after the Senchi dialogue, we said we needed that to give credibility to the whole grown policy”, he pointed out.

He argued countries that have gone to the IMF for assistance have developed.

Which country has ever developed? We’re always running to the IMF as though we are going to buy pure water from the market. Which country? Do you have any country to show as an example? Tell me if you have any”, he explained further.

Professor Bokpin called for strategic and well-designed polices as well as discipline in financial and economic management to take the country’s economic growth with jobs and happiness to another level.

“When we need help we can go for help, but let’s remember that the best helping that we can find as a country is at ‘the end of our own arm’. If Ghana is incapable of developing Ghana, forget about it”, he alluded.

Ghana’s debt hit GH¢304.6 billion at the end of March 2021, whilst its financing gap is expected to have narrowed slightly, from the 13.7% of Gross Domestic Product recorded in 2020 in the first quarter of this year.

This has led to calls for the government to consider seeking economic and financial assistance from the IMF.

But Professor Bokpin has attributed the rising debt of the country to three factors, including the single spine policy implementation and the depreciation of the cedi.

For instance, he said the nation added a little above GH¢12 billion to its total debt stock in 2019 because of depreciation of the cedi.

He also blamed the government for occasionally not exhibiting prudence in borrowing. 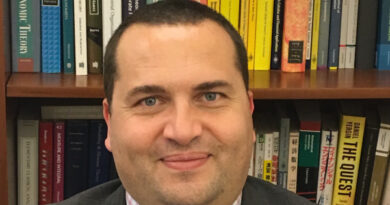 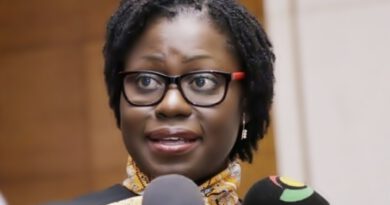 Post-Covid-19 restrictions: Banks doled out over GH¢3bn to businesses 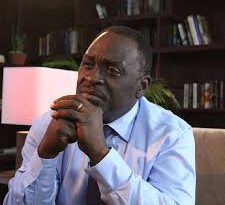