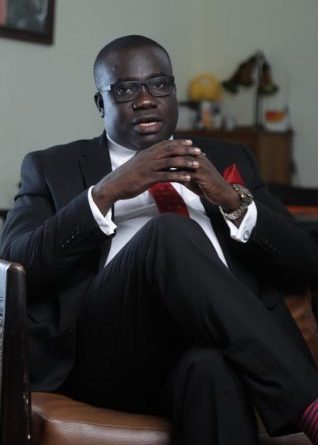 The Member of Parliament for Dormaa East, Paul Apraku Twum Barimah has said Ghana’s oil industry is solid and formidable and attracting lots of investment across the world.

He has thus rubbished the claim by the minority in parliament about the exit of ExxonMobil which they attributed to lack of confidence in Akufo Addo’s government.

Speaking in an interview with the media, he urged the general public to ignore the propaganda by the Minority in Parliament and said Ghanaians have faith and confidence in the Akufo Addo government to deliver to their wellbeing.

Paul Twum Barimah said there has been solid performance in Ghana’s upstream oil sector, despite the challenges. He noted that the strong output at both fields is aligned with the continues increase in Ghana’s total oil production. The longer-term outlook for Ghana’s crude oil is positive, based on the expectation for continued field developments in the offshore basins.

According to Paul Twum Barimah,’ Exxon existed based on their financial strategy they put in place after the COVID 19 challenges.

They are therefore prioritizing fields where they have advantage of favourable cost environment while preserving value that is why they are moving. They want to concentrate on areas where they are already doing production. . Clearly, it’s based on the financial capacity not Akuffo-Addo’s government’, he said.

Read also: Exxon: 20 percent of global oil and gas reserves may be wiped out

He quoted the CEO OF Exon Mobile Darren Woods as saying that ‘Using the strength of our balance sheet to invest through the cycle is a key element of our strategy. We are taking advantage of a favourable cost environment and investing in advantaged projects – underpinned by the long-term fundamentals of growing demand.

The strength of our portfolio and our financial capacity enable us to continuously evaluate our priorities and the pace of investments while preserving value, which is critical in current market conditions and near decade-low commodity prices and margins.”

‘NDC is always good at doing propaganda. They are known for spreading false information and false report to defame the president. they have tried this several times but it has not worked. I therefore urged Ghanaians to ignore them and rely on the president who is committed to the development of the country. The economy is strong and solid and the oil sector is robust. I can assure you that Exxon Mobil will bounce back after the covid pandemic has eased’, he noted.

They should bear in mind that, the Akufo Addo government negotiated the AMERI deal to the benefit of the people of Ghana. the AMERI renegotiated and enhanced deal saved Ghana as much as 51 million dollars.

‘Furthermore, I can confidently say that Akufo Addo is a listening President because he cancelled the PDS deal when he realised that there were some anomalies. I also say that Ghana continues to enjoy its record as the preferred investment destination in Africa with huge Foreign Direct investments flowing into the economy.’

‘This depicts that the people of Ghana and the Global community have confidence in President Akufo Addo and his government. This government is far better than what we experienced under the governance of ex-president John Dramani Mahama who took the country into a four-year period of power crises, better known as Dumsor.

Research reveals that Ghana’s oil production would more than double over the next four years thanks to new fields coming on stream.

New discoveries by Norwegian start-up Aker on the Deepwater Tano Cape Three Points block could help production rise from a little less than 200,000 barrels per day (bpd) to about 420,000bpd by 2023, according to finance minister Ken Ofori-Atta.

Aker is currently working on its $4.4bn Pecan field, where it argues between 600,000 and 1m barrels of oil can be found. Ghana’s oil and gas are helping position it among the continent’s fastest-growing economies.

“Ghana’s oil and gas industry has grown in size and in activity from a long period of zero rig to four rigs working at the same time to determine the potential of our basins. In terms of the fiscal impact, we have also seen growth from 1,400bpd in 2009/2010 to 214,000bpd in 2019. Many of our people have also been impacted through employment opportunities and service contracts. 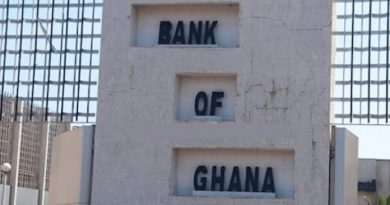 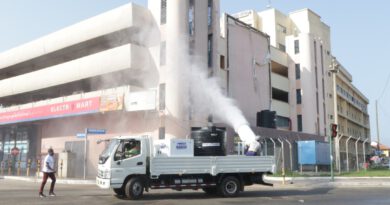 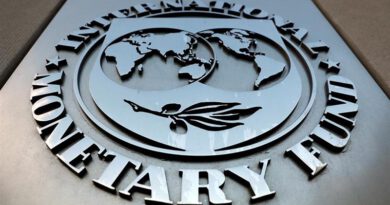