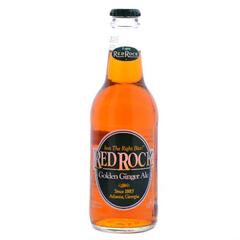 A partnership is usually a formal agreement between two parties with an intention to manage and operate any productive and functioning business.

It is a strict arrangement that demands that each partner is held liable for the business risks, liabilities and debts and also be able to receive an adequate share of the business revenues and profits. Now, for the purposes of clarity let me emphasize also that there are two distinctive types of partnerships; The first one is called a Limited Partnership that is authorized by the state and the other is known as a General Partnership which is the most common partnership across the globe. To put simply, it refers to a relationship in which all parties contribute to the day to day management of the business.

Each partner is given the authority to make decisions in the interest of enhancing and promoting the welfare of the business. Sounds straightforward and simple for anyone to understand and put to practice but that is not usually the case in our neck of the woods here in Africa, where blatant disregard for the law and legitimate rights of people are trampled upon and purposefully disregarded for the purposes of selfishness and greed.

And to make matters worse oral or verbal agreements between prospective or established partners in Africa that are valid and enforceable in a court of law always end up being breached and entangled in conflicts involving misconceptions, deceits and outright lies. Sad but very true. When one partner for the purposes of greed and self-centeredness decides to ignore morality and decency and subvert the terms of a mutually agreed upon Orally binding contract then he has overstepped the bounds of fairness and must be held accountable for his dubious actions in a court of law. It is also worth pointing out that Conflicts that usually arise during the implementation of oral and verbal agreements mostly happen when the business improves and profit sharing margin increases causing one partner with motives of greed to deliberately try and waive aside the legitimate rights of another as in the case of Gabriel Karim, an   enterprising and industrious young Ghanaian who entered into a verbal mutual agreement with another individual Eric Agboka Tettey, a Ghanaian America currently  living in the United States of America. This is how it all started

The men Gabriel Bampoe and Eric Tettey were friends with a great deal of respect for each other who amicably agreed without anyone being coerced or put under duress and threats to become responsible partners in a quest to start a beverage business which both of them will be responsible to promote and facilitate through the sales and distribution of a drink in Ghana known as the “RED ROCK ” golden Ginger ale.

Read also: Get ready for wartime levels of national debt and tough choices ahead

Eric was to become the financier of the business and it was mutually agreed upon that Gabriel Karim Bampoe was to assume the role of managing partner. And so Eric Agboka returned to the United States and Karim began to lay a steady foundation for the future prosperity of the business from scratch for a consecutive period of over 2 years without being paid a single cent, yet he continued working, striving to promote “Red Rock” until it has now become a well-known product and a household name in Ghanaian society.

Again, any clear thinking, pragmatic and fair-minded individual would agree that Gabriel Karim Bampoe deserves to be rightfully compensated for his years of endless toil and a job well done, but this has not been the case; instead of being generously rewarded now that the business is on a solid footing Eric Agboka the financier of the business has callously decided to sever ties with his managing partner without granting him any form of financial respite or compensation whatsoever (Salary, Commission, Bonuses and SSNIT contributions.) And to make matters worse Agboka exceeded all the bounds of Business ethical behaviors by discreetly opening a bank account pertaining to the business without Mr. Gabriel Karim’s approval and knowledge.

Indeed, this is plainly, truly nothing but a shocking and uncharitable attitude in its most inhumane forms. But perhaps someone with good sense should advise Eric Agboka that contrary to what he believes, laws work in Ghana and are enforced to the letter; And let him be reminded also that as long as there are living witnesses to testify to the validity of verbal agreements they can be enforced in a court of law without impartiality, prejudices, fear or favor. Again, I am convinced that it will be in the best interest of Eric Agboka if he avoids using evil threats and tactics of intimidations against his managing partner Gabriel Karim Bampoe who has labored for years to bring their business to an acceptable standard in the eyes of the Ghanaian consumer. Why was the managing partner unjustifiably harassed and arrested by the Police without undergoing due process, and was allowed to perish, languish and greatly suffer in despair for doing absolutely nothing wrong?

It’s time for the outright injustices to stop and let cooler and wiser heads intervene to settle this matter of great importance if Eric Agboka doesn’t come to his senses and give his managing partner some amount of well-deserved compensation for his dedication, effort and time. Gabriel Karim Bampoe is a good man who believes in standing up and fighting against injustice and mistreatment. He is asking only to be treated fairly and justly and to be shown some form of due consideration and respect by his business partner Eric Agboka in the United States of America. “RED Rock” is a product that has been put strategically on the path of rising success by Gabriel Karim Bampoe, therefore anyone trying to deliberately sideline him, deprive and cheat him of what he has earned through sweat, toil and hard work, or anything which rightfully belongs to him will be held fully accountable in a court of law. Injustice must never be allowed to prevail in the Constitutional Republic of Ghana. 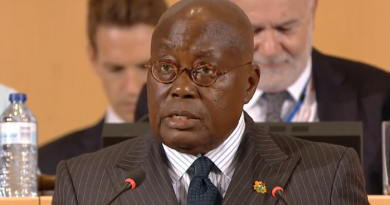 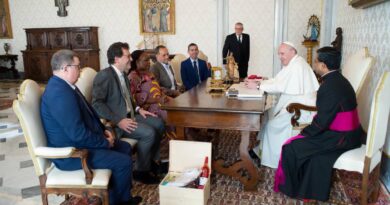 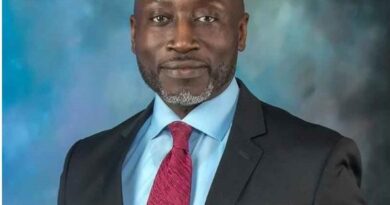