The Municipal Environmental Health Officer (MEHO) of Ho in the Volta Region, Aaron Kofi Amedzro, has warned sanitation offenders, especially those who go back to dump refuse at evacuated dumpsites in the municipality will face the full rigours of the law.

Even though the punishment for not having a household bin and throwing refuse at illegal dumpsite is 100 penalty units, it could be harsher this time around, especially with dumpsites in the municipality being cleared,” he cautioned.

Amedzro gave the warning while speaking to the media on the sidelines of the Emergency National Refuse Evacuation Exercise on Thursday (October 22, 2020) in the Volta Region.

The nationwide exercise to get rid of aged and illegal dumpsites was part of government’s agenda to rid the nation of filth.

According to him, they will also intensify public education on the effects of improper dumping of waste since whoever falls foul of the law will be dealt with accordingly.

We will continue to educate them and push for household litter bins. As at now, it is a bye-law in Ho that you have to own a household 240 litter bin, therefore, it’s an offence if you don’t have one,” he stated. He also highlighted on the significance of ensuring that every house in the Ho municipality get a household bin. This, he said, would help address the problem of indiscriminate dumping of refuse in the municipality.

Furthermore, he disclosed that the assembly was undertaking a project financed by the United Nations Children’s Fund (UNICEF) called ‘Silage Drying Beds’ which will be used in treating liquid waste materials to prevent any unwanted diseases in the various communities in the assembly.

For his part, the Municipal Chief Executive (MCE) of Ho, Prosper Pi-Bansah, expressed his gratitude to the Ministry of Sanitation and Water Resources for the exercise.

According to him, for the past years, the assembly had been struggling to evacuate dumpsites in the municipality but to no avail.

He entreated the residents to desist from littering and throwing refuse into the drains, warning that such acts will never go unpunished. 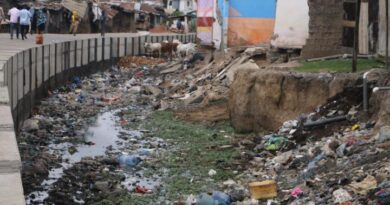 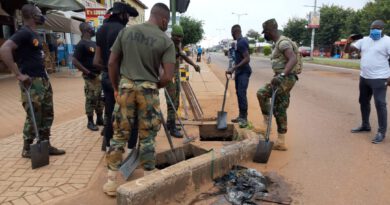 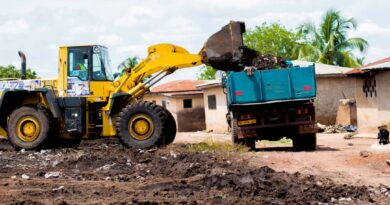 One thought on “Ho MCE to go hard on sanitation offenders”