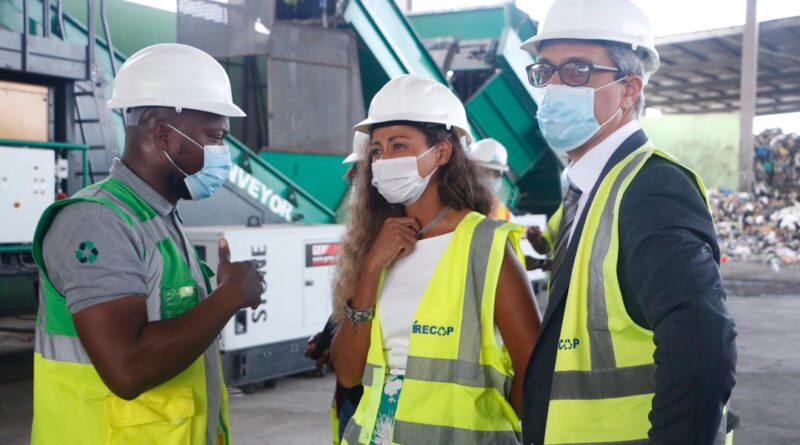 The Consul General of Austria to Ghana, Ms. Rosemary Orthner has urged the Government of Ghana to continue to provide massive support and collaboration for the Jospong Group of Companies (JGC) and Zoomlion Ghana Limited to further address the sanitation needs of the country.

She was optimistic that there are many areas the Government of Austria would like to collaborate with JGC and Zoomlion going forward but observed the task is so huge that without the candid support of government in creating the enabling environment the company will encounter several problems hence her clarion call.

The Consul General said Jospong and Zoomlion have an impeccable record and image in the area of waste management in the sub region and therefore deserved the fullest support of government to be able to turn things around for the benefit of the Ghanaian people.

She said this during a working and familiarization visit to selected waste management facilities of the Jospong Group in Accra. Ms. Orthner expressed satisfaction in the operations of JGC/Zoomlion saying by their observation it was fantastic and very well organized to say the least.

“We have heard a lot about the Jospong Group and Zoomlion specifically but we never anticipated that the company is so well developed and organized already beyond imagination” she reckoned.

Earlier, a group of directors and managers led by the Jospong Apex Group Chief Operating Officer, Dr. Samanjith K.I Udumalagala briefed the Austrian team about their operations in a presentation.

He said the group is motivated by its vision of being the leading Africa holding in every sector it operates and empowered by the mission of changing people’s lives at all times.

He said the JGC is worth several millions of dollars and has over 45 subsidiary companies operating in 16 sectors of the economy under a five cluster groups namely, Environment and Sanitation, Financial Services, Information and Technology, Commercial and Allied Services and Technical and Logistics across the globe.

He mentioned for instance their operations in Zambia, Angola, Equatorial Guinea, Togo, Liberia and Nigeria as countries JGC also operates in within the sub region.

The group so has operational offices in China and United Arab Emirates and currently exploring avenues in other countries he said.
Dr. Udumalagala appealed to the Austrian Consulate to bring more investors to partner with the JGC in all the sectors they operate in.

The team was led to the Accra Sewerage Systems Ltd which solved the over 110 years direct faecal matter dislodgement into the sea problem. Here the team observed that faecal matter is being converted into green energy to augment the grid and turns same into charcoal for domestic cooking purposes.

The team then visited the Integrated Recycling and Composting Plant (IRECOP) and Dredge Masters Ltd also subsidiaries of Zoomlion where organic waste is turned into compost for agricultural purposes and plastics recycled among others while Dredge Masters busy dredging the Odaw River and Korley Lagoon to pave way for free flow of rain water to avoid flooding in the capital city of Ghana.

Lastly the team visited the Universal Plastic Products Limited (UPPR) where plastic waste is being recycled into chairs, tables, waste bins, bin liners, buckets and containers for water storage among others and, the serene and well ventilated AH Hotel in the heart of East Legon where contemporary lodgers and holiday makers, conferencing and ceremonial receptions are best hosted in Ghana which also belongs to the Commercial and Allied Services Group of JGC.

JGC is the Apex Group with which subsidiaries of the conglomerate operate under with Zoomlion leading with more than 20 sub-subsidiaries sprouted in the sixteen regions of Ghana.

Zoomlion was establish in 2006 by Dr. Joseph Siaw Agyepong from his mother’s 3 USD exercise bookshop in Accra. 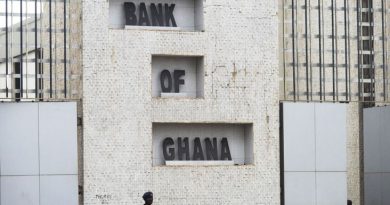 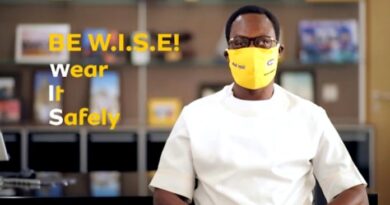 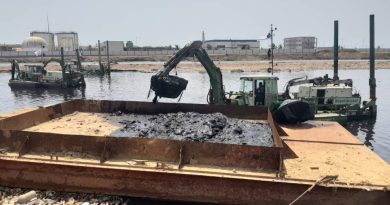