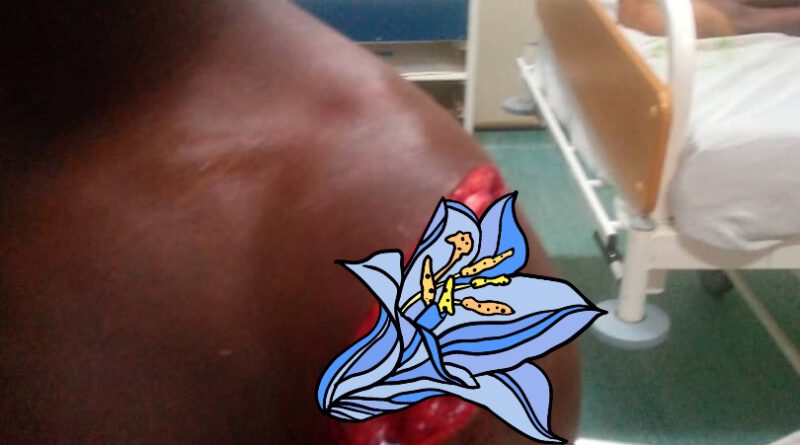 Benjamin Mensah Larteh, the Prince of New Sasabi near Oyibi on the Dodowa road, is alleged to have butchered one Atsu Kudohor, a staff of the University of Ghana Business School Legon (UGBS), and his left arm is almost falling off.

Atsu aged 39 is currently on admission at the Legon Hospital after going through a 7 hour surgery to fix his arm. Doctors say his hand must be held back with a metal drilled into his bones or else the hand must be amputated from his shoulder. The doctors are therefore referring him to the 37 military hospital for further treatment.

Narrating the incident, the victim’s uncle Raybond Kofi Budu said, Atsu who rears goat, realized on Sunday July 19, 2020 that some of his goats were missing so he decided to inform the Chief of the town. Upon reaching the Chief’s house he met the Chief’s son who asked of his mission to the house.

Atsu then explained that he came to see the Chief to complain about his missing goats and this angered the prince who started pushing and insulting Atsu. The prince then said “I mean you already so don’t anger me,” the victim’s uncle narrated.

According to the uncle, Atsu then enquired from the prince if he has ever wronged him but the prince would not budge and continued to rain insults on Atsu. The uncle continued that Atsu then decided to leave and return later to meet the Chief but unknowing to Atsu the prince followed him to his house with a machete and started slashing him. He then took off when Atsu started shouting for help.

Atsu was then rushed to the Dodowa hospital but due to the severity of the injuries he was referred to the Legon hospital for treatment.

The incident was then reported to the Oyibi Police and one CID Sergeant Ophelia Serwaa Adjei was put in charge of the case.

According to Raybond, the Oyibi police has refused to arrest Benjamin for fear of offending the Chief.

“The Chief and the CID both came to visit my nephew at the hospital but the CID has refused to issue an arrest warrant for the boy, neither has she even asked the father to produce the boy. She rather told us to arrest the boy and bring him to the station when we seen him, we therefore asked for an arrest permit but she again refused to issue us with one” Atsu’s uncle lamented.

“So far it is only the Chief’s daughter one Gifty who has been engaging us and pleading with us to exercise patience,” stated Budu.

According to Atsu’s uncle the CID told him in one of their conversations that Atsu is the fourth victim to suffer similar incident from Benjamin and that the police was yet to even arrest him for any of the crimes he has committed in the area.

Attempts to reach the Chief to geet his side of the story has proved futile. However, the Chief’s daughter Gifty promised to speak with us but she is no longer answering her calls.

The police CID in charge of the case has also not return our calls. We even got in touch with her colleague to alert her but she still has not gotten back to us as at the time of filling this report. 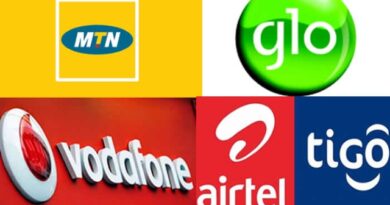 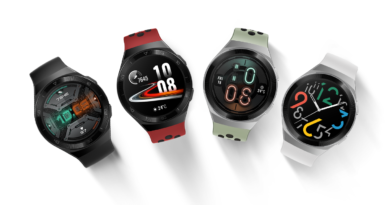 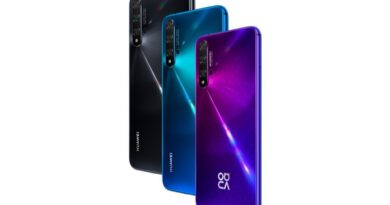